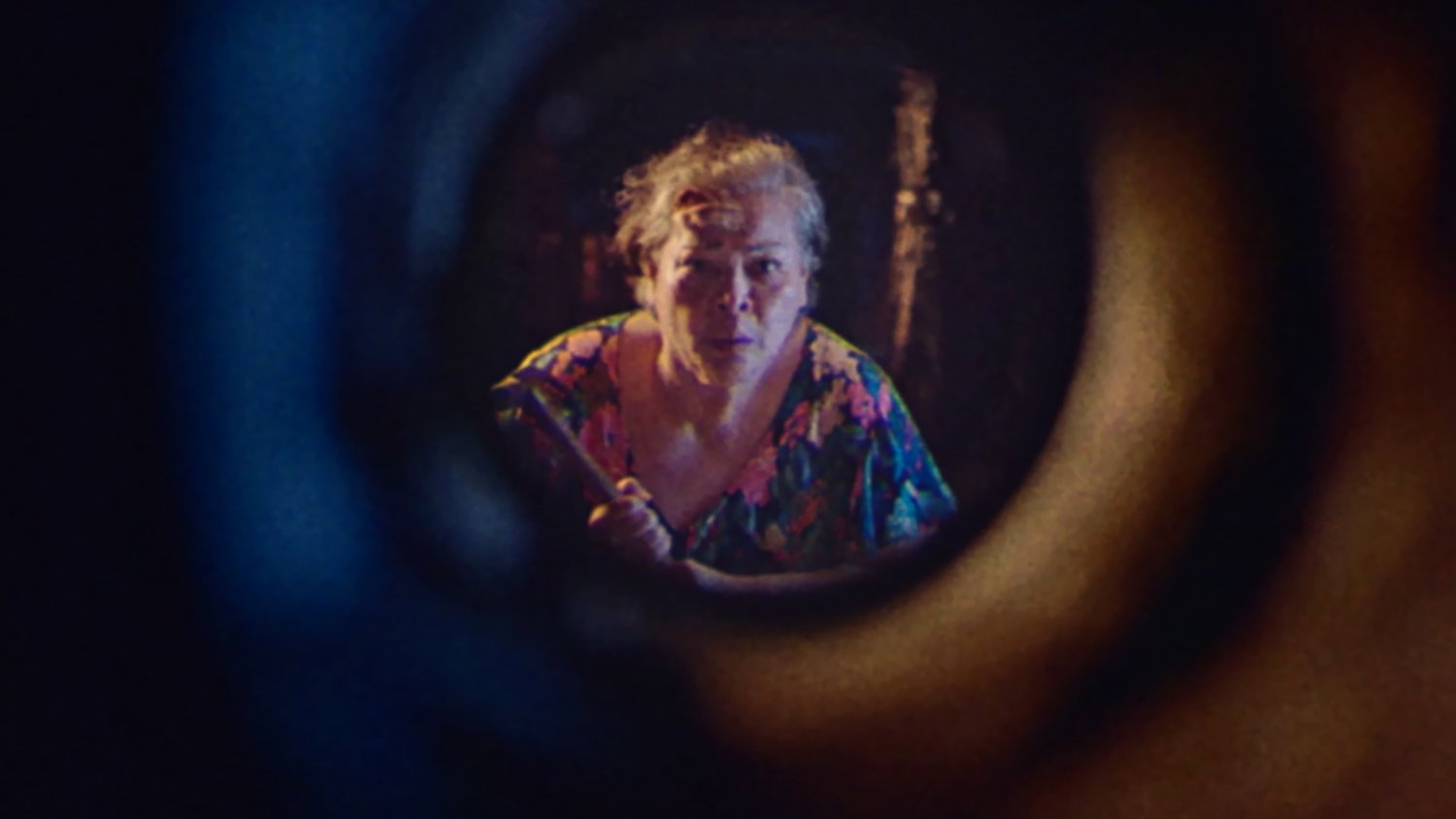 Music Box Films has revealed a trailer for a great-looking Filipino action-comedy titled Leonor Will Never Die. This looks like an awesome and unique film that isn’t like anything I’ve seen before. The story follows a retired filmmaker named Leonor who falls into a coma after a TV falls onto her head. This takes her on an adventure to become the action hero of an unfinished screenplay she was working on.

The movie was written and directed by Martika Ramirez Escobar, and the movie is described as “an innovative blend of pulpy action homages, playful comedy, and touching family drama, Leonor Will Never Die is a wonderfully imaginative tribute to the art of filmmaking.” Here’s the synopsis:

Leonor Reyes was once a groundbreaking figure in the Filipino film industry during its ragtag action cinema glory days, but now she struggles with old age, mounting bills, and the untimely death of her son. While revisiting an unfinished script about a fearless protagonist trying to avenge his brother’s murder, Leonor is struck on the head by a falling television set and knocked into a coma. As she lies unconscious in the hospital, fantasy and reality begin to blur when Leonor finds herself awake inside her script, becoming the hero of her own story.

The movie stars Sheila Francisco as Leonor, along with a fun cast that includes Bong Cabrera, Rocky Salumbides, Rea Molina, and Anthony Falcon.

Leonor Will Never Die will be released in select US theaters later in 2022.