Everything Everywhere All at Once hits PHL cinemas this month 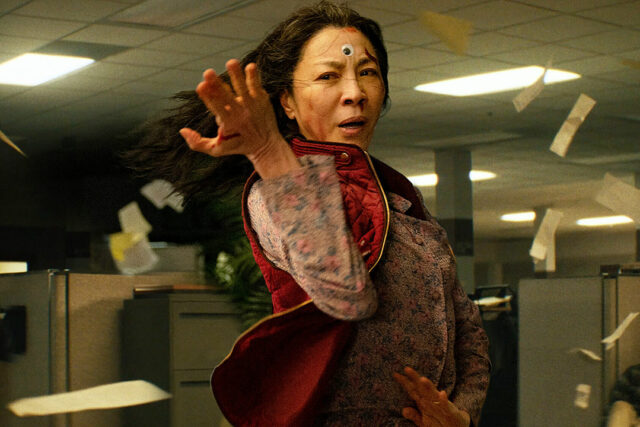 The studio behind such local films as Heneral Luna and Goyo: Ang Batang Heneral has secured the exclusive local distribution rights to the surprise hit multiverse comedy, Everything Everywhere All at Once.

The film stars Michelle Yeoh (Crazy Rich Asians, Shang-Chi and The Legend of The Ten Rings) as an exhausted Laudromat owner named Evelyn who has trouble connecting with her family and paying her taxes. It doesn’t help that a variant of her happy go-lucky husband takes over and introduces her to an alternate universe. Evelyn — and versions of who she would have been if she had made different life choices (including one whose fingers are Vienna sausages) — find themselves on a quest to save everything.