How incentives boost the global presence of PH cinema 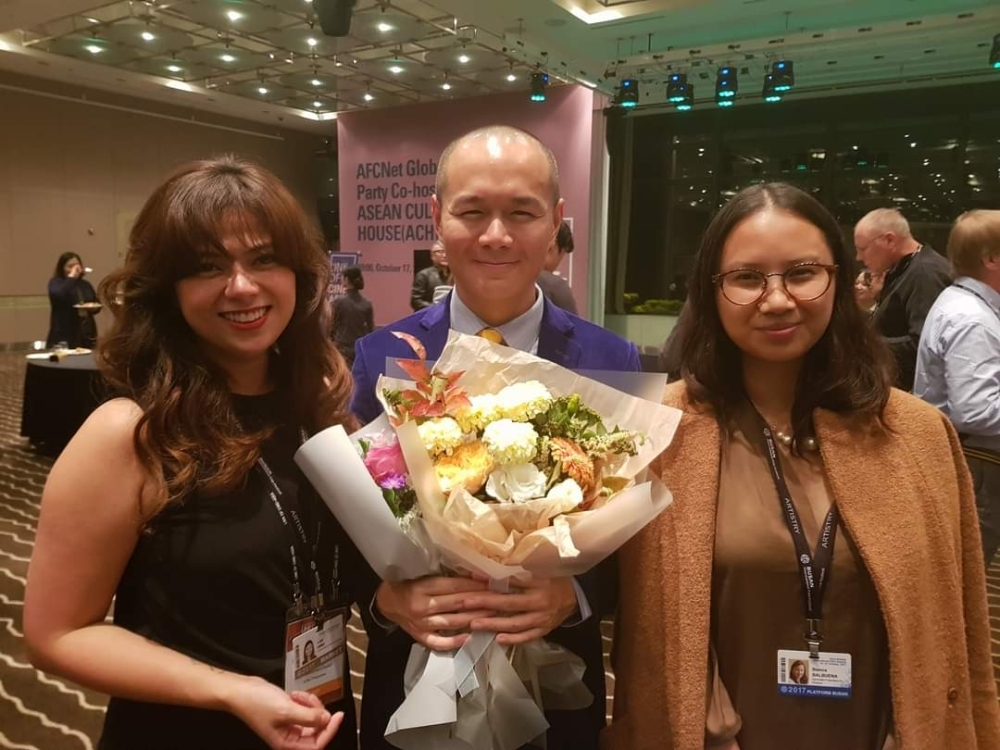 Gone are the days when we only had one Filipino film competing in an A-list festival for a particular year. This 2022 alone, a Filipino film has been featured in almost every top international film festival.

From “Leonor Will Never Die” by homegrown filmmaker Martika Escobar, which won the special jury prize in Sundance; Japanese filmmaker Chie Hayakawa’s “Plan 75”, which won the Camera D’or award in the recent Cannes; “Arnold is a Model Student” by Thai director Sorayos Prapapan, which played in Locarno; to “Autobiography” by Indonesian filmmaker Makbul Mubarak; and Lav Diaz’s “When the Waves are Gone” which recently premiered at the Venice Film Festival — the Philippines has become a prominent figure in the global space through these coproduction feature film projects.

A new trend is happening in Philippine Cinema — the country is beginning to rise at the forefront of global collaboration as coproducing partner for various international films, especially in Southeast Asia.

The FilmPhilippines Incentives is the Philippines’ first global film incentive program that I conceptualized and created during my time in FDCP in response to the growing need for local and regional filmmakers for public funding.

Through the technical support of film consultant Agathe Vinson, former FDCP Executive Director Ria Anne Rubia, and the FilmPhilippines team, we launched the program in 2020 to promote the Philippines as a filming destination and a coproduction hub for foreign productions. One of its unique support schemes is the Asean Coproduction Fund (ACOF).

Funding has always been a challenge for filmmakers in the region because, unlike in Europe, national and regional funds are unavailable for local filmmakers to help produce their films. As such, most Southeast Asian filmmakers are compelled to apply for European grants and funds to complete their projects’ financing.

While these schemes benefit filmmakers, they can also become costly because of the spending and production obligations from the country where they applied. This practice sometimes produces more cost at the end of the project because they have to spend in Euros instead of their local currencies. Hence, regional incentives are crucial in a film project’s financing structure because it helps a filmmaker lessen cost of production, as filmmaking is more reasonable in Southeast Asian countries.

Creatively, producing their films within the region also contributes to maintaining the localness of a project as the need to integrate European perspectives in their stories is minimized. These national film funds within the Southeast Asian region also encourage the filmmakers to collaborate and work together, especially when the fund’s required spending is to hire local key creatives from that country.

Since its launch, FilmPhilippines has supported more than 30 international coproduction projects with an estimated P2 billion in local spending. Some of these films are now part of various international film festivals, while some have started their principal photography this year. The above-mentioned feature films all received support from the FilmPhilippines Incentives.

I remember back in 2016, when I started as head of the agency, our annual budget was less than P80 million. Year after year, we would lobby for more funding, putting together white papers and cost-benefit analyses backed by justifications on why we need public financing for producers and filmmakers.

Especially during budget season, we would literally knock on the doors of lawmakers both in the House of Representatives and the Senate to ask for financial support so we could launch our public funding program with enough revolving funds to substantially support projects.

Luckily, we found champion legislators who saw the importance of attracting more global collaborations through incentives and boosting our local market through investment in film projects from development to production to post to distribution. Six years after, as I ended my term as head of the agency, the FDCP’s budget is now almost P290 million, and a big part of it is allocated toward global and local incentives.

Because of these incentives, strengthened collaborations between the Philippines and Southeast Asian filmmakers are happening and boosting the presence of Southeast Asian cinema worldwide. While these support mechanisms may still be very new to Southeast Asian Cinema, you can already feel this new wave of creativity burgeoning in the region, fueling growth and ambition among filmmakers to be more globally competitive.

This exciting alternative film and audiovisual content industry is starting to make its mark and impact globally, allowing us to discover and nurture new talents within the region.