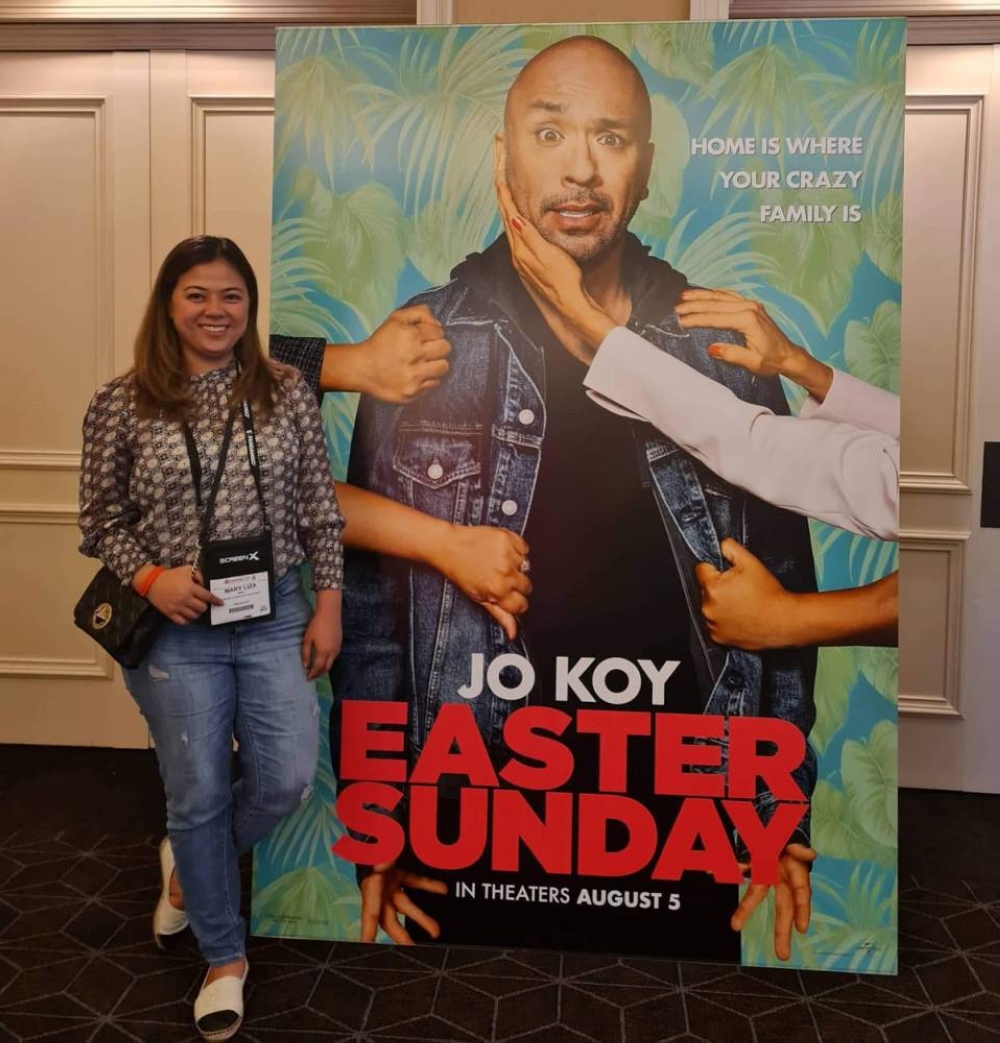 September is Philippine Film Industry Month. As the film industry goes front and center to rally the entire nation behind the Philippine film industry, we also use this month as an opportunity to embrace the continuing momentum that Filipino talents are gaining outside of the Philippines.

In the last few years, we have seen the traction that Philippine cinema has created through its increasing presence in the world’s most prominent international film festivals. Philippine cinema started to make its mark in Europe and Asia, but penetrating the US market, especially Hollywood, has always remained a huge challenge.

After “Leonor Will Never Die,” directed by Martika Escobar, won the Special Jury prize at the Sundance Film Festival in January of this year, one of the first official missions when I was still with the national film agency was to connect with Hollywood partners to create a country value proposition for the Philippines and its talents.

During the first quarter of the year, with support from the Consulate General and the Philippine Tourism Office in Los Angeles, I met with US producers and streamers like Netflix and Amazon to understand how we can increase Filipino representation and visibility in this part of the world. Especially with the growing importance of diversity and inclusion in the US, this is the perfect time to jump on the opportunity to create more presence for Filipinos.

This year, Filipino talents are consistently creating a buzz in Hollywood as more and more Filipino actors are featured in various series and are currently slated to appear in different Hollywood productions.

In my previous article, I mentioned how our Filipino talents and stories are finding their sweet spot in numerous international film festivals worldwide. But as they all say, all roads lead to Hollywood. So here’s a list of some Filipino actors who are starting to make waves in Hollywood this 2022:

Jo Koy and the rest of the Filipino Cast in “Easter Sunday.” Loud and proud Filipino-American premiere standup comic Jo koy just released his breakthrough film, “Easter Sunday,” in our local cinemas this week after it opened at the US box office on August 5. Easter Sunday is a Hollywood Film produced by no less than Steven Spielberg, focusing on Filipino family themes and putting the Filipino story front and center. Jo koy, who plays Joe Valencia, a Filipino American comedian on the verge of getting his own sitcom, is joined by a huge Filipino cast, including Tia Carrere and Lou Diamond Philips.

Jacob Batalon as Ned Leeds in ” Spider-Man: No Way Home.” Who was shocked when they heard Ned’s Lola speak in Tagalog during a Spider-Man: No Way Home scene? Yes, that was a strong Filipino representation that you cannot help but be proud of. Ned Leeds is played by a Filipino American actor in Jacob Batalon. Born in Hawaii to Filipino parents, his Filipino mother, Eva Andres, originally from Pangasinan, has always supported his dreams. Jacob’s next project is a lead role as Reginald in Syfy’s dramedy series Reginald the Vampire. He is also credited as an executive producer.

Iñigo Pascual as Ace Grayson in “Monarch.” Monarch is described as a Texas-sized, multigenerational musical drama about America‘s first family of country music, the Romans. Iñigo plays Ace Grayson, a talented and sensitive 18-year-old orphan. He was described as a phenomenal singer with real swagger on stage and dreams of being a country star. Iñigo, son of Philippines’ ultimate heartthrob Piolo Pascual, launched his career in the country and made a splash in the Philippine music scene with his self-titled debut album reaching the No. 1 spot in our local charts.

Lea Salonga as Elodie Honrada in “Pretty Little Liars.” Singer-actress and Tony Award winner Lea Salonga is one of the moms of the “Little Liars,” playing the role of Elodie Honrada, the queer mom of Minnie “Mouse” Honrada, portrayed by 22-year-old Filipino-American actress Malia Pyles. This HBO MAX series marks Lea’s return to acting after the 2019 film “Yellow Rose” directed by Diane Paragas. Aside from Salonga and Pyles, two other Filipinos are part of the show — Emily Bautista and Sharon Leal.

Liza Soberano as Taffy in “Lisa Frankenstein.” After establishing a name for herself as one of the country’s A-list actresses, everybody was surprised by the sudden news of Liza leaving the Philippines to pursue a career in Hollywood. But shortly after this departure, Liza, who is now managed by James Reid’s Careless Music — lands a role in a Hollywood movie. Lisa Frankenstein is the directorial debut of Zelda Williams, the late comedian Robin William‘s daughter. She plays the role of Taffy, the step-sister of Lisa, played by Kathryn Newton.

Princess Punzalan as Alma de La Rosa in “The Cleaning Lady.” Who would ever forget Miss Princess Punzalan, one of the Philippines’ iconic kontrabidas, especially in the role of Selina in the long-running Filipino teleserye “Mula sa Puso”? Now residing in the US, she has been cast as Alma De La Rosa, also known as “Lola,” in Fox’s primetime drama series “The Cleaning Lady.” Filipino actor Alberto Isaac also joins the cast as Thony’s in-laws.

Lourdes Faberes as Kate Fletcher in “The Sandman.” Filipina actress Lourdes Faberes who was part of the Repertory Philippines before moving to the United Kingdom in 1997, is featured in episode five of the series titled “24/7” as Kate Fletcher in the Neil Gaiman series “The Sandman.” She also appeared in the series “Good Omens” as Pollution. The author praised her by tweeting recently that “she has now [brilliantly] represented the Philippines in Good Omens and Sandman.”

Reggie Lee as Angelo Soto in “The Lincoln Lawyer.” Filipino-American Hollywood actor Reggie Lee plays Angelo Soto, an intimidating and wealthy businessman who owns many successful nursing facilities, in the Netflix series “The Lincoln Lawyer.” The Fil-Am actor, born in Quezon City, portrays a role of a Filipino man accused of human trafficking. Lee has appeared in various films, including “The Fast and the Furious,” “Pirates of the Caribbean,” “Drag Me To Hell,” “The Dark Knight Rises,” “Sweet Girl,” and many others. The Netflix series also features Filipino talents, including Katrina Rosita as Tanya Cruz and Jeff Francisco as Alvin Aquino.

Indeed, Filipino actors have already begun to gain global prominence. What used to be few and far between is slowly becoming a usual occurrence. But this is just the beginning. As we continue this journey towards more visibility and representation, we must prioritize talent development, leveling up our skills to be at par with world standards. World-class acting training, this is how we will level up. This is how more Pinoy actors will invade not just Hollywood but the world.